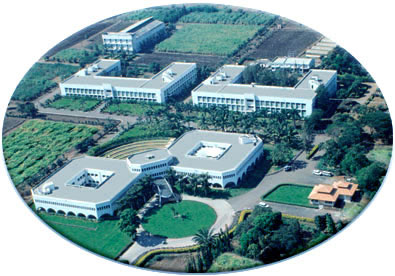 Vasantdada Sugar Institute (VSI) formerly known as Deccan Sugar Institute, is an autonomous body which is a society registered under the Societies Registration Act, 1860 and under the Bombay Public Trusts Act, 1950. Established in the year 1975 by the sugarcane grower members of cooperative sugar factories in the State of Maharashtra, it is the only organization of its kind in the world. The Institute performs, under one umbrella, all scientific technical and educational functions relevant to the sugar industry. The Institute strives for an all round progress of the sugar industry and to achieve this objective, it operates through three main channels viz., Academic, Extension and Research & Development.
VSI is recognised as a Centre for Research by the Department of Science and Technology of the Central Government. It is also recognised as a Centre of Research for undertaking studies leading to Ph.D. degrees University of Pune and Shivaji University, Kolhapur,Latur.

VSI at a glance