1) VSI is the largest R&D organization in India concentrating exclusively on sugarcane agriculture and sugar industry.

3) VSI is recognized as a Centre for Scientific and Industrial Research Organization (SIRO) by the Department of Science and Technology of The Central Government of India.

5) On the recommendations of the Department of Science and Technology, The Government of India, Ministry of Finance has recognized VSI.

6) The Government of India, Ministry of Food & Civil Supplies has also accorded recognition to the training courses conducted by VSI, as equivalent to Associateship of National Sugar Institute (NSI), Kanpur.

7) The Tissue Culture Production Facility of VSI for producing tissue-cultured sugarcane plantlets has been assessed and recognized by the Project Management Unit (PMU) of Department of Biotechnology (DBT) established at Biotech Consortium India Limited (BCIL), New Delhi as per criteria laid down under NCS-TCP.

8) Drip Irrigation Material Testing Laboratory is accredited by National Accreditation Board for Testing and Calibration Laboratories (NABL), Government of India, New Delhi in accordance with ISO /IEC 17025 since May 2005.

9) National Accreditation Board for Testing and Calibration Laboratory (NABL), New Delhi accredits the Sugar Technology Laboratory of VSI as the Testing Center for Analysis of Sugar Samples according to ICUMSA norms. Similarly, NABL accredits the Department of Environmental Sciences Laboratory.

11) Maharashtra Pollution Control Board (MPCB), Mumbai has recognized VSI as “Empanelment of Institution, Organization and Agencies in the area of Environment Education” and the laboratories as well.

13) Since 1986, VSI is recognized as the center for sugarcane varieties testing under All India Coordinated Research Project on Sugarcane (AICRP (S)). 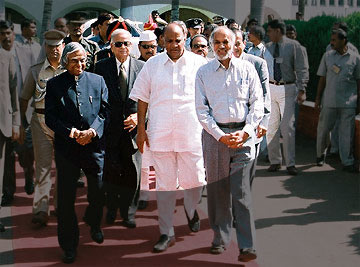 Accreditation of VSI labs by the NABL, the Central & State Pollution Control Boards and by the Bureau of Indian Standards has bestowed upon the Institute a statutory acknowledgement of its technical competence.

1. National Accreditation Board for Testing and Calibration Laboratories (NABL)