Plant Pathology Section was established in June 1982 with the following objectives:

1) Solving problems of diseases on sugarcane.

2) Conducting surveys for diseases on sugarcane and their incidence, distribution, new addition, identification.

3) Estimation of losses caused by diseases on sugarcane yield and quality of sugarcane.

4) Screening sugarcane varieties against diseases for their resistance.

7) Study of pathogens in the laboratory for different pathological aspects.


Major diseases viz. smut, grassy shoot, eyespot, mosaic, rust, wilt, pokkah boeng, and pineapple were found in almost all the sugarcane growing areas of the state. The average loss in yield due to diseases are estimated to10-15% and incidences were recorded up to 10% in Maharashtra. 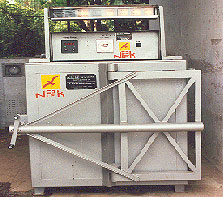